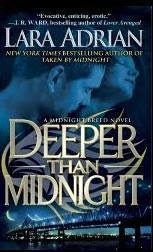 At eighteen, Corinne Bishop was a beautiful, spirited young woman living a life of privilege as the adopted daughter of a wealthy family. Her world changed in an instant when she was stolen away and held prisoner by the malevolent vampire Dragos. After many years of captivity and torment, Corinne is rescued by the Order, a cadre of vampire warriors embroiled in a war against Dragos and his followers. Her innocence taken, Corinne has lost a piece of her heart as well--the one thing that gave her hope during her imprisonment, and the only thing that matters to her now that she is free.

Assigned to safeguard Corinne on her trip home is a formidable golden-eyed Breed male called Hunter. Once Dragos's most deadly assassin, Hunter now works for the Order, and he's hell-bent on making Dragos pay for his manifold sins. Bonded to Corinne by their mutual desire, Hunter will have to decide how far he'll go to end Drago's reign of evil--even if carrying out his mission means shattering Corinne's tender heart.

This is the first book by Lara Adrian I have read. And I have to admit I was nervous going in because it is the 9th book in the series. I really dont like to read out of order, but I did it this time. And it was not a bad thing in the least. I was hooked from the very start and didnt want to put it down. Yes, there were characters that have histories from previous books. And while I cant wait to go back and read about them. The lack of knowledge didnt harm my enjoyment of this book. This really is Hunter and Corinne's story, the rest are just side characters.

Hunter was trained to be an assassin. And only an assassin. No feelings of any sort, basically a machine under the control of the enemy Dragos. He found a way to break though and went to work for the Order. Its while working for the order he is part of a group that rescues hostages that Dragos had been keeping. One of which is Corinne. Corinne has been a captive and tortured since she was 18. Hunter is then given the job of taking Corinne home to be reunited with her family. Where sadly she learns you can never really go home again.

After the failed trip home. Hunter is tasked with the continued protection of Corinne while they run from assassins sent by Dragos while also trying to find out where he is and more secrets about what his real plans are. Corinne and Hunter have their own secrets from each other. But they are drawn together by an almost unexplainable force. And though their battles and obstacles come to relay and trust in each other. And together they overcome events from their own pasts and uncover more of Dragos secrets while doing some hard to his organization.

There is also quite the interesting subplot with a character named Chase. Which I am quite interested in seeing where that leads in future books. 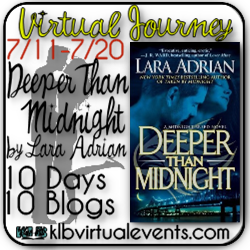 Email ThisBlogThis!Share to TwitterShare to FacebookShare to Pinterest
Labels: reviews 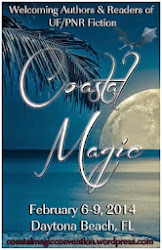